I recently posted on Facebook about an idea about possibly doing a sequel of the viral video "Shit Unsigned Rappers Say'. When I posted this video, I knew it was going to be big, but it far past my expectations. When it landed on World Star Hip Hop , being shared and featured by numerous celebrities and having new die hard fans from it. 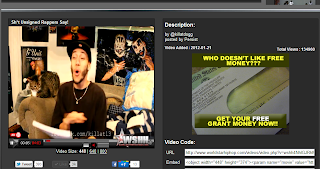 But since the video had dropped their were copies made... so if I were to do a part 2 i of course wouldn't want to recycle the same ol same and run the idea down the drain. I already have some fresh funny ideas for a sequel   but to be careful im posting this (RIGHT HERE ON KILLATMUSIC.COM ) to get some input on what you would like to see on a sequel of Shit Unsigned Rappers say part 2.

Comment with some idea's... maybe a guest appearance from a few people? who would you like to see? Cyndi Slim?... Cyrus The King? MK?... hmm anything is possible.